You are here: Home / Archives for Scott T. Vehstedt, The Conversation 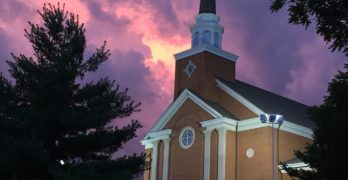 The Methodist Church, the largest mainline Protestant denomination in the United States, is headed toward a divorce. In early January, mediators from … END_OF_DOCUMENT_TOKEN_TO_BE_REPLACED