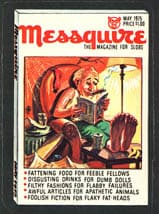 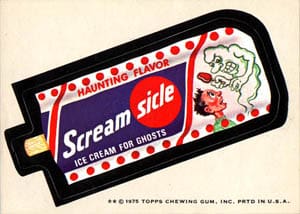 When I was a twisted eight-year-old kid I was obsessed, obsessed with collecting Wacky Packs. Every summer my family would drive from Chicago to vacation among the deep pine forests and lakes of northern Wisconsin, near a little town called Athelstane. Athelstane’s center of town consisted of a police station and a general store called Krumrei’s, where I would buy Wacky Packages and the dry, powdered pink gum that came with them. They parodied the brands of just about every popular consumer item in sick and deranged ways, which was absolutely entertaining for li’l old me. So, I was excited to see (via Boing Boing) that they are bringing them back. Somehow though, I don’t think I’ll be collecting these new ones with the same fervor. Ahh, childhood.