So, I recently moved into an apartment in New York that the former occupant (an acquaintance I knew through friends) had vacated but hadn’t finished fully cleaning out. Balled up in a drawer under the television, along with a rather old copy of Playgirl, I found the following rather soiled item of clothing, which deserves no further explanation: 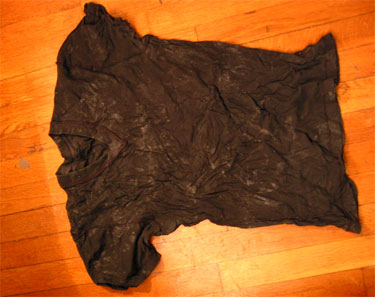 Every gay man I’ve told this story to has responded similarly. First with an initial “Ewwwww!” And then, invariably, after a pause they’ll ask, “Was he cute?”