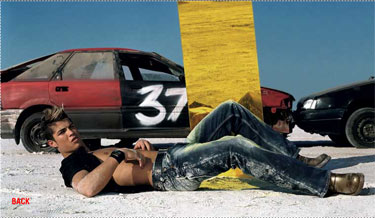 Portuguese pin-up footballer Cristiano Ronaldo who plays for Manchester United is the star of the new Pepe Jeans campaign, further entrenching his status as the neo-Beckham. Nobody’s calling the 21-year-old a metrosexual yet, though (perhaps you need your own fragrance line for that).

Photographer Steven Klein shot this latest campaign which he says is based on a mixture of two films by Michelangelo Antonioni, Zabriskie Point and Deserto Rosso. However, Ronaldo lounging around on an inflatable pool was enough to get me to watch. 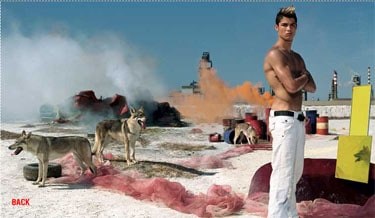 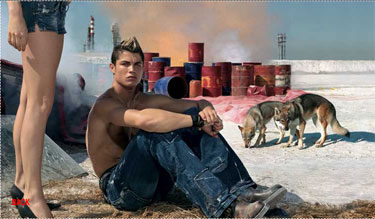