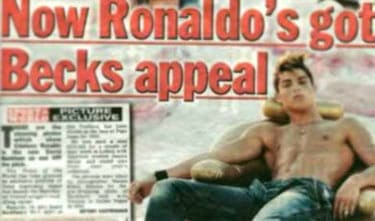 Even those who don’t read Italian get the gist of this piece over at Gay.tv reacting to a recent British tabloid piece crowning Cristiano Ronaldo the new David Beckham. As Gay.tv knowingly boasts, gays were first on this Portuguese bandwagon. And it looks as if Ronaldo’s still bending Beckham in this poll, started in June 2004. 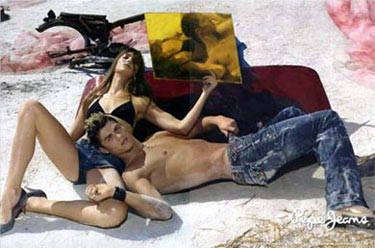