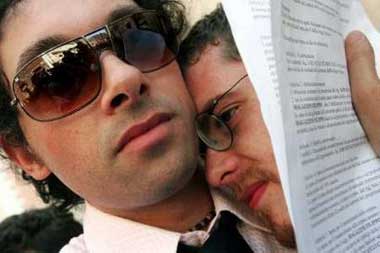 In Rome, not far from the Vatican where Pope Benedict XVI has spent the first weeks of his papacy issuing threats to religious leaders in Spain should they comply with the government and marry same-sex couples, several gay and lesbian Italian couples were “married” in a symbolic show of defiance before placards that read “Let’s free love from religious phobias.” Claudio Borri: “In Italy, gay marriages don’t exist — and I don’t think they will for years to come. But for us …it is still like a seal on our relationship.” 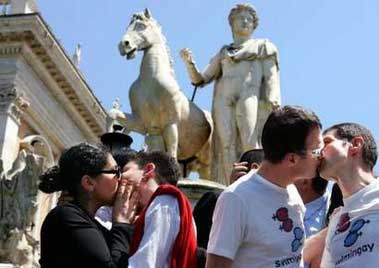 Related
Vatican Pin-ups [tr]
Does Anybody Smell a Rat? [tr]