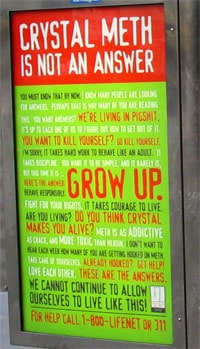 What do these two images have in common? 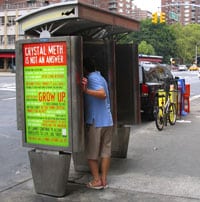 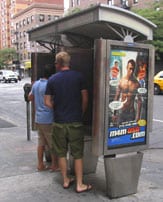 They are posted on opposing sides of the same phone booth on Eighth Avenue in Chelsea. I’ve been meaning to post about this for a while, but this past weekend was the first time in a while that I walked from 23rd to 14th Street on what is arguably the gayest stretch of New York real estate aside from down and out Christopher Street.

Nearly every phone booth on Eighth has either a M4M sex ad on it, or an anti-crystal meth ad. Many booths carry both. The battle of the billboards is downright depressing.