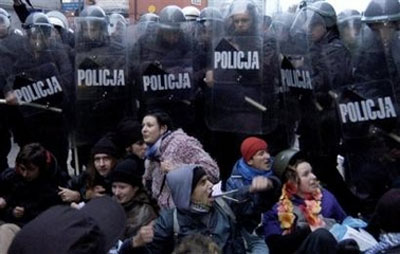 A group of demonstrators protesting discrimination against “sexual orientation, gender, race, and disability” were detained and interrogated in Poznan, Poland over the weekend. Eyewitnesses reported that the police were rough with the protesters, dragging them along sidewalks. The mayor of Poznan had banned the march for fear of security concerns.

Poland’s recent election of Lech Kaczynski as President is not likely to alleviate anti-gay sentiment in that country. 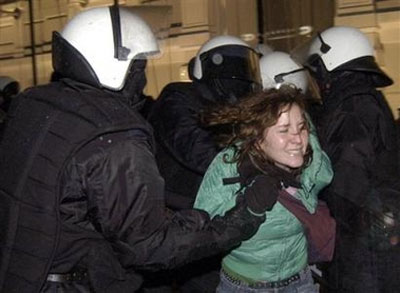