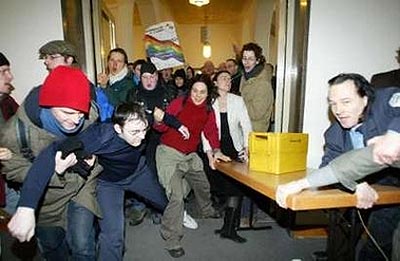 Kaczynski first declared war on the gays by banning a gay pride march last year when he was the mayor of Warsaw. He thinks that tolerating homosexuality would mean the extinction of the human species.

Said Kaczynski: “I do not plan to persecute homosexuals or to hinder their careers. But there is no reason to encourage it because it would mean that mankind would slowly die out.”

I’m not exactly sure what Ronald McDonald was doing at the protest but if he meant to suggest that Kaczynski’s a clown, I’m all for it. 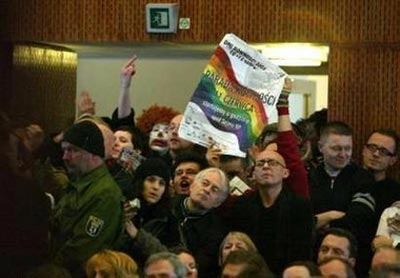