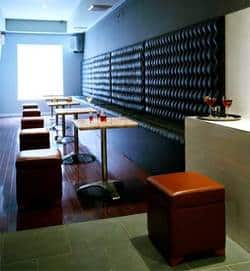 Those of you in New York may want to take note that there’s a new gay lounge, Vlada, opening tomorrow in Hell’s Kitchen at 331 W. 51st Street.

So what’s it all about? According to word Towleroad received today, the owners hope to evoke “the European artistic aura of Odeon in the 70s, where artists, actors, fashionistas, models and freaks alike could all gather and be comfortable just being themselves.”

Vlada von Shats, the man behind the new venue, also runs Russian Samovar, a place I can’t say I’ve ever been. But he apparently partnered with Mikhail Baryshnikov and Joseph Brodsky on that venue and promises that at some point, Liza or Chaka Khan may be stopping by Vlada for a performance. Or, of course, their impersonators.