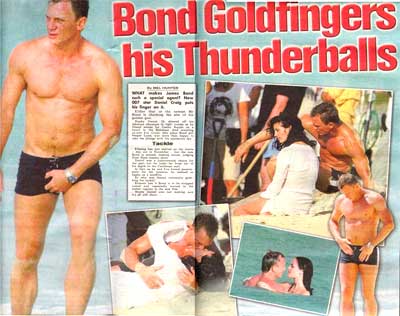 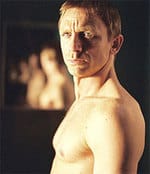 The choice of Daniel Craig has inspired much criticism from die-hard Bond fans, but the actor has said he’ll take the sexually adventurous 007 to new places in the upcoming Casino Royale if need be. Last month he told the UK’s Daily Mirror, “In today’s world we expect female actresses to go naked so why not men? I have told bosses I’m prepared to do a full frontal scene. I’m not shy and Bond wouldn’t be shy about it either.”

Perhaps his willingness to go full frontal is what has inspired gay men to flock to the next 007.

Said Craig recently: “I was out recently and all these gay guys were over me like a rash, but they never ask about the Bond plot.”