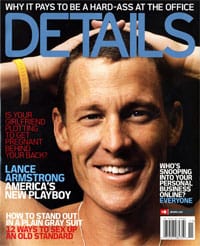 Lance Armstrong clears the air on a few rumors in the new issue of Details, according to TMZ.

Armstrong insists that (despite the spandex, bike training, and the Tour de France buddy vacation) Jake Gyllenhaal will not be playing him in a new biopic.

Armstrong also talks about his close relationship with Matthew McConaughey, with whom he started to bond, the Tour de France champ says, when their relationships went sour: “Our friendship just kind of developed. I think people see pictures and they think we’re these over-grown frat guys.”

Rumors of something more between the two were also defused: “Lance says that the BFFs call each other ‘LiveStrong’ and ‘J.K. Livin,’ and when asked whether they’re gay, he jokes: ‘We tried it. Wasn’t for us.'”

Below, Lance and Jake Gyllenhaal share a whisper at the Americans for the Arts event where Gyllenhaal received an award over the weekend. 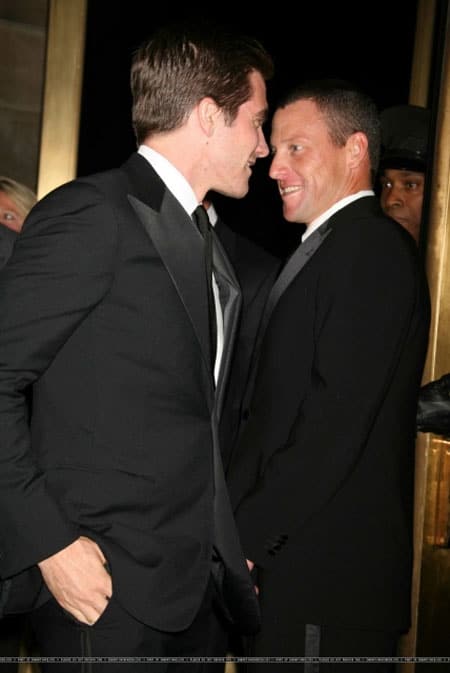