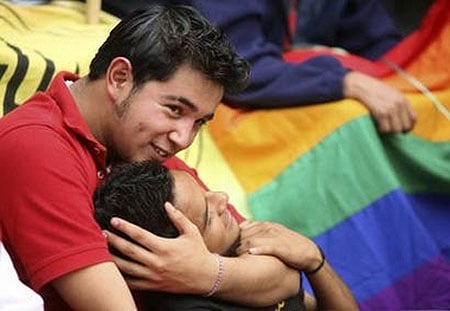 Mexico City legalized same-sex civil unions on Thursday as activists rallied outside City Hall, along with a contingent of anti-gay Christian protestors. 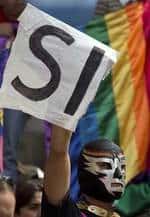 One man even dressed up as a wrestler (left) and claimed that he was ‘Super Gay’ while holding up a sign of approval.

According to the AP: “The bill, which does not approve gay marriage, per se, will grant gay couples inheritance and spousal rights, among other social benefits. It allows gay couples to voluntarily register their union with civil authorities. Heterosexual couples who are not already legally married can also be registered under the new law. The legislature approved the measure 43-17, with five abstentions, with all the opponents from the conservative National Action Party of President Vicente Fox and President-elect Felipe Calderon. The party, known as the PAN, supports “traditional” families and generally opposes abortion.”

Mexico’s President Vicente Fox, did not comment on the measure, leaving a spokesman to say that it was a local matter.

Openly gay congressman David Sanchez said, These reforms are going to cause a snowball effect that no one will be able to stop.” In fact, Mexico’s northern state of Coahuila, adjacent to Texas, began considering same-sex unions this week. 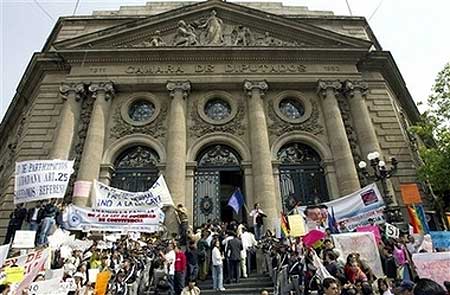