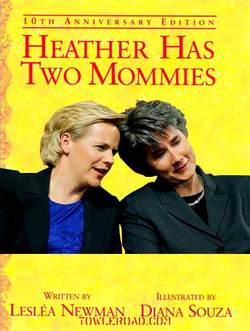 A few Conservative groups have expressed their dismay at the Mary Cheney baby announcement:

Janice Crouse of Concerned Women for America (if you remember, these are the wingnuts that raised a stink over the Armistead Maupin Starbucks coffee cup): “It’s very disappointing that a celebrity couple like this would deliberately bring into the world a child that will never have a father. They are encouraging people who don’t have the advantages they have.” Added Crouse: “Not only is she doing a disservice to her child, she’s voiding all the effort her father put into the Bush administration.”

All that bigotry gone to waste!

Carrie Gordon Earll, a policy analyst for the conservative Christian ministry Focus on the Family: “Just because you can conceive a child outside a one-woman, one-man marriage doesn’t mean it’s a good idea. Love can’t replace a mother and a father.”

Gay rights groups had their say as well:

Family Pride executive director Jennifer Chrisler: “The irony is that the grandfather of this child is part of a party and an administration that has relentlessly attacked gay and lesbian families…Unless they move to a handful of less restrictive states, Heather will never be able to have a legal relationship with her child. [The couple] will quickly face the reality that no matter how loved their child will be. … he or she will never have the same protections that other children born to heterosexual couples enjoy. Grandfather Cheney will no doubt face a lifetime of sleepless nights as he reflects on the irreparable harm he and his administration have done to the millions of American gay and lesbian parents and their children.”

HRC’s Joe Solmonese lauded the announcement: “Mary and Heather’s decision to have a child is an example that families in America come in all different shapes and sizes. The bottom line is that a family is made up of love and commitment.”

You may have missed…
Mary Cheney said to be Pregnant [tr]
Mary Cheney: John Kerry a “Son of a Bitch”, Edwards “A Total Slime” [tr]

Previous Post: « Laura Bush in Red Dress Alert at the White House
Next Post: Jennifer Hudson Won’t Judge People for What They Do »