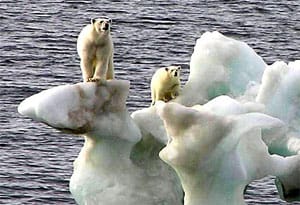 Scientists, asserting that human activity is “very likely” the cause for the rise in earth’s temperatures, release grimmest report yet on the realities of global warming: “…a broad array of scientists, including authors of the report and independent experts, said the latest analysis was the most sobering view yet of a century in thousands of years of relatively stable climate conditions will suddenly be replaced by a new normal of continual change. Should greenhouse gases continue to build in the atmosphere at even a moderate pace, temperatures by the end of the century could match those last seen 125,000 years ago, in the previous warm spell between ice ages, the report said.” 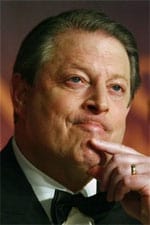 British government to screen An Inconvenient Truth in all secondary schools.

Think Tank with close ties to the Bush administration is offered bribes to dispute global warming report: “Scientists and economists have been offered $10,000 each by a lobby group funded by one of the world’s largest oil companies to undermine a major climate change report due to be published today. Letters sent by the American Enterprise Institute (AEI), an ExxonMobil-funded thinktank with close links to the Bush administration, offered the payments for articles that emphasise the shortcomings of a report from the UN’s Intergovernmental Panel on Climate Change (IPCC). Travel expenses and additional payments were also offered.”