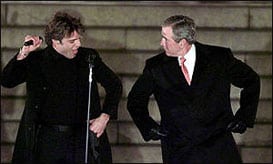 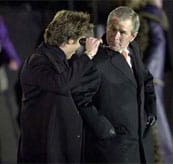 Although Ricky Martin got chummy with George W. Bush at the President’s inauguration, Martin has apparently changed his tune on dear leader, becoming the latest entertainer to express his displeasure at the administration’s policies. Martin just launched the Black and White tour in his home country:

“During his performance in Puerto Rico, Ricky Martin stuck his middle finger out when he mentioned President Bush’s name. In the song “Asignatura Pendiente”, there is a line in the lyrics that goes: A photo with Bush… As he said this, Ricky gave him the F-you treatment and the crowd of 18,000 fans went crazy and cheered.”

Hey, it worked out ok for the Dixie Chicks. 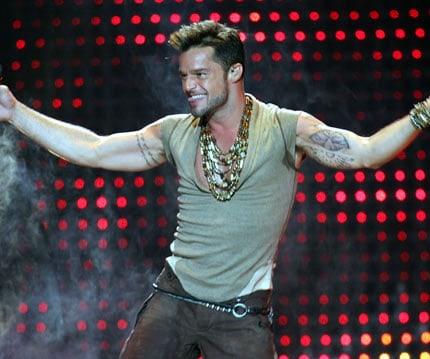