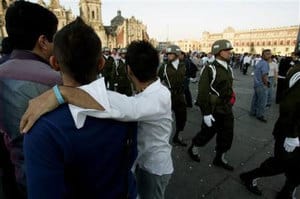 “On Wednesday, Eduardo Martinez, 21, exchanged rings with his partner Alberto Pichardo, 19, to celebrate their commitment. ‘Our families support us. We have taken the decision in good conscience and we are very happy,’ said Martinez, dressed in a gray suit and tie.”

And in Italy, a mass make-out session was held outside Saint Mark’s basilica in Venice (below), celebrating Italy’s draft bill giving legal status to same-sex couples.

Now these are the kinds of demonstrations we want to see more of in the future! 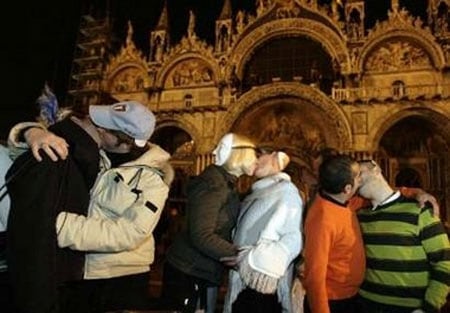