You may remember religious-right homophobe Ken Hutcherson from an incident in 2005 where Microsoft secretly withdrew its support from a pending gay rights bill in Washington state because of alleged pressure from Hutcherson, who threatened a religious-right boycott of the company should they have thrown their support behind it. Microsoft ended up cutting ties with the extremist. 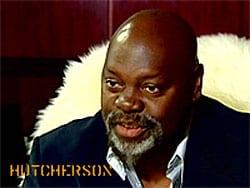 Well, Hutcherson is back in the news. This time, according to the Seattle paper The Stranger, he’s claiming that the director of the White House Office of Faith-Based and Community Initiatives Jay Hein appointed him a “Special Envoy” and that a recent trip to Latvia, where he appeared with Scott Lively, an anti-gay religious right ‘Holocaust revisionist’ who claims that homosexuals were the cause of the Holocaust, was sanctioned by the White House.

Lively is co-author of The Pink Swastika- Homosexuality in the Nazi Party, a book which, according to uk.gay.com, claims that “homosexuality is primarily a predatory addiction striving to take the weak and unsuspecting down with it.” 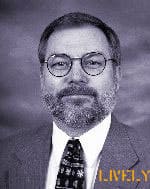 They report on the Lively-Hutcherson trip, which apparently was the centerpiece of a 4-day anti-gay crisis conference there. Said Lively: “I have studied homosexual movement now for 17 years and with all responsibility state that currently Latvia a zone of intense confrontation between Christians and homosexuals. This nation will be our main battlefield against this counter Christian culture. God gave Kenneth Hutcherson and me to see that Alexei [Ladyaev, pastor of Latvia’s New Generation Church] is the very man God placed to direct this battle, and church should support him in all respects. We are going to help you consistently and effectively to fight those who violate Christ’s rights and target his ministers for their insults.”

The Stranger reports that Hutcherson was also there to complain to the U.S. Embassy “about its alleged monetary support for gay rights groups.”

What does this all mean? Well, if Hutcherson is lying it could possibly be a federal crime, and if the White House gave its seal of approval to an anti-gay homophobe to travel the world with a Holocaust revisionist – well, we’ll see.

Last year, in July, violence broke out in the notoriously homophobic nation after a gay pride parade was banned by the government. A gay rights rally did take place and participants were pelted with eggs, excrement, and rotten fruit by Christian fundamentalists, neo-Nazis, and ultra-nationalists as they entered and exited the meeting at the Reval hotel.

In 2005, a participant in the pride parade, which was banned by the government, but allowed to proceed by a court at the last minute, described a similar scene: “There were so many attacks, people were throwing eggs, people were using gaz [sic], they were trying to block the march. It was extremely, extremely homophobic. I don’t think anybody in Europe saw anything like that.”

Latvia has been a hotbed of anti-gay extremism, although just recently the new mayor of Riga Janis Birks called for tolerance and said he’ll back a gay rights march later this year.

UPDATE: White House Contradicts Local Pastor Ken Hutcherson on His Claim that He Is a U.S. “Special Envoy”; Hutcherson, in Response, Says He Will Provide Video Proof [the stranger via americablog]
US homophobes support Latvia’s hate campaign [uk gay.com]