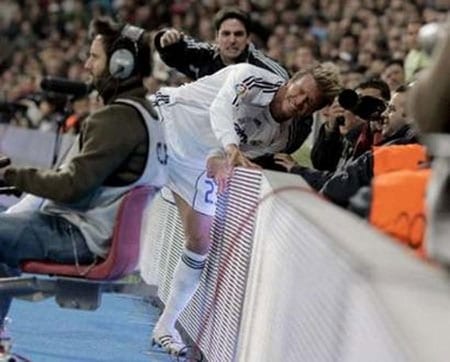 The L.A. Galaxy, whose financial future rests in the legs of David Beckham, has a bit to worry about after the star player injured his knee this weekend by slamming into a pylon during a Spanish league football match against Getafe at the Santiago Bernabeu stadium in Madrid.

Doctors say he could be out of commission for up to two months. Ouch. 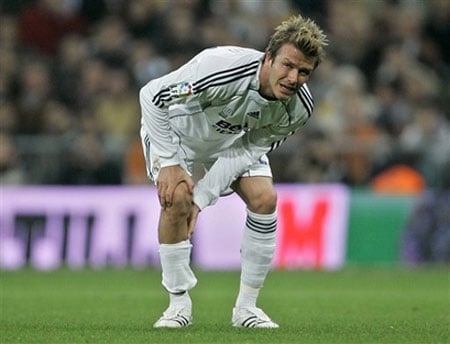