On Monday, legal briefs challenging California’s ban on same-sex marriage were presented by the city and county of San Francisco, 15 same-sex couples, Equality California, and Our Family Coalition (represented by the National Center for Lesbian Rights, Lambda Legal, and the ACLU) to the state’s Supreme Court. Opponents must file their briefs by June 1st, according to the Contra Costa Times: 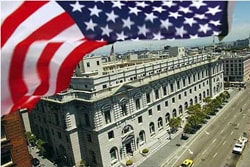 “Once all the briefs are filed, the state’s highest court will schedule oral arguments on whether state law’s same-sex marriage ban violates gays’ and lesbians’ rights to equal protection under the law by discriminating on the basis of sexual orientation; their personal-autonomy rights under the state constitution’s privacy clause; or a fundamental right to marry protected by the state constitution.”

In December, the Supreme Court agreed to hear six consolidated cases stemming from decisions in March and October 2005:

The new briefs argue that the Court of Appeals erred by framing the question wrong:

“By defining the right with reference to the group excluded from exercising it, the majority ran afoul of both United States and California Supreme Court precedent,” the brief claims. “Past courts have not treated marriage claims by interracial couples as involving the right to ‘mixed race marriage,’ by a prisoner as the right to ‘prisoner marriage,’ or by a parent delinquent on child support as ‘deadbeat parent marriage.'”