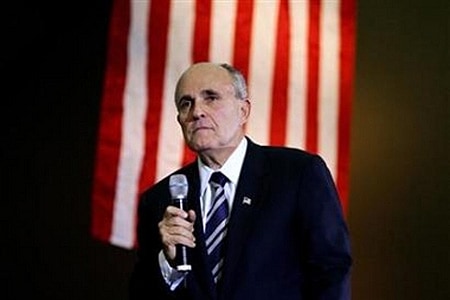 Flipping on his previously stated support for civil unions, Rudy Giuliani last night came out and said that he no longer supported them. The Republican presidential contender was reacting to the New Hampshire legislature’s passage of a bill that would legalize same-sex unions in the state. 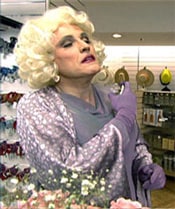 His spokesperson told the New York Sun: “Mayor Giuliani believes marriage is between one man and one woman. Domestic partnerships are the appropriate way to ensure that people are treated fairly. In this specific case the law states same sex civil unions are the equivalent of marriage and recognizes same sex unions from outside states. This goes too far and Mayor Giuliani does not support it.”

The Sun notes Giuliani’s 2004 appearance on The O’Reilly Factor in which he said “I’m in favor of … civil unions” and went on to explain why: “Marriage should be reserved for a man and a woman. That’s why you have civil partnerships. So now you have a civil partnership, domestic partnership, civil union, whatever you want to call it, and that takes care of the imbalance, the discrimination, which we shouldn’t have.”

Giuliani has really made some ugly turns this week. First the 9/11 fear-mongering, now this.

Even Republican pollsters are somewhat astounded by the latter. One reached by the Sun said: “Why would you want to take a position where you are splitting hairs, when you have been so consistently on the record as for civil unions? You can’t turn around at the eleventh hour and say this comes a little too close to marriage and then not support it.”

Photo above: Rudy attempts to smell better for the religious right. Problem is, you can’t put perfume on a pig.

Previous Post: « Poland’s PM Says More Gays are Bad for Society
Next Post: Joey Fatone and Jerry Springer Get Their “Man” On »