Warwick, Rhode Island man in court for threatening gay neighbors: “Such as, ‘I’ll kill you. The fags are going to die.’ Things like that.” 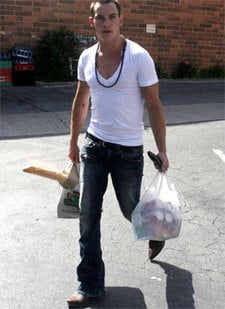 Jonathan Rhys-Meyers prepares to loaf around.

Corrupt World Bank President Paul Wolfowitz resigns over scandal prompted by high-paying promotion for his girlfriend. Reaction from bank staff over resignation: “Everyone ran into the hallways and were clapping and hugging each other.”

President, Senate reach compromise on immigration bill: “Democrats are already trying to tamp down concerns of Hispanic groups, who fear that the bill would make it more difficult for immigrants to bring relatives from abroad. At the same time, Republican negotiators face blistering criticism from some conservatives, who say the bill would grant a virtual amnesty to people who had broken the law.”

Illinois is America’s most American state. Taken into account by the AP’s analysis of census bureau data: “21 demographic factors, including race, age, income, education, industrial mix, immigration and the share of people living in urban and rural areas.”

60 Minutes explores what makes you gay or straight. 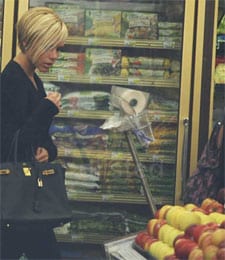 Gay pride banned in St. Petersburg, Russia: ” A spokesman for the city law and order committee said, ‘The holding of a gay parade was not permitted, because the announced place and time clash with City Day events.’ But activists said earlier that they would proceed with the parade, planned to take place on Nevsky Prospekt, the city’s main thoroughfare, May 26, despite the ban. Small-scale gay marches took place in May 2006 in both Moscow and St.Petersburg, in spite of authorities’ refusal to sanction the events. Several activists were detained by police.”

Prince Harry barred from clubbing: “The party-loving Army officer — still shattered after being told he will not be joining his men in Iraq — has been ordered to “lie low” while his unit is away. He was given a pep talk by Royal and military advisers who fear a terrible backlash if the Prince is pictured boozing in London while soldiers from his Blues and Royals squadron are under fire.”