A gay couple in Western Australia have become the nation’s first same-sex couple to legally adopt a child. Perth’s Sunday Times reports: “The adoption by the two men follows 2002 changes to the state adoption act. The changes allowed same sex couples to adopt a child, says the Department of Child Protection’s Accommodation and Care Services acting executive director David Vicary. ‘This was a local WA adoption and the biological parents were fully involved in the selection process for the adoptive parents,’ Mr Vicary said. WA Attorney-General Jim McGinty said the adoption was groundbreaking.” 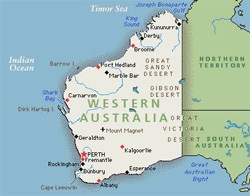 Said McGinty: “The only consideration when it comes to adoption is the best interests of the child. So long as the child is in a loving, caring relationship I don’t think he can ask for much more than that. In the last few weeks in Australia we’ve had three babies been deserted, left at churches, left at hospitals. What we need to do is have loving relationships where the parents love and care for the child. That’s the only criteria that needs to be employed, not the sexual orientation of the parent.”

The historic adoption has inspired an outcry from Christian and “family” groups.

Said Australian Christian Lobby managing director Jim Wallace: “We think the WA and ACT laws that allow gay adoption are dismissive of the children’s rights. They are competing against thousands of people to adopt and it is making children commodities. From a Christian point of view the child is better off with a family, and a family is natural with a mother and a father.”