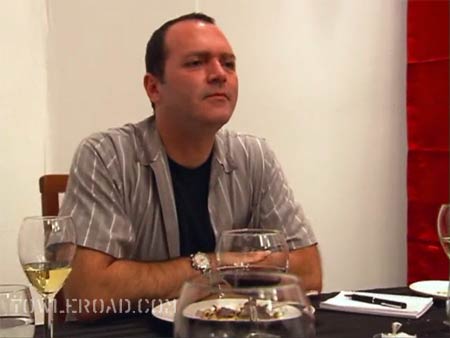 On Top Chef last night, two competing teams had to throw together a restaurant, decorations and all, in 24 hours.

What you may not have noticed, because he was never identified, was that one of the patrons was designer Christopher Ciccone (brother of Madonna, of course, who is incidentally celebrating her 49th birthday today).

We think Christopher Ciccone should appear as a judge on every episode, because, like Simon Cowell, Ciccone does not mince his words when it comes to judging what’s put before him. 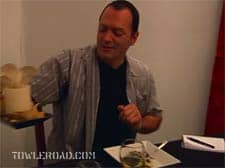 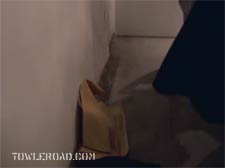 CHRISTOPHER: The chef should know better than to put a scented candle on the table. (putting it on the floor and covering it) And it’s dead now. And I need a new napkin. 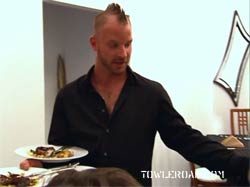 CHRISTOPHER: It wasn’t the best lamb. The meat wasn’t cooked properly. I thought it tasted like metal.

CHRISTOPHER: And if that’s a vegetable medley, I’m a monkey.

Top Chef needs to be shaken out of its stupor a little bit, and a biting, straightforward critic like Ciccone could be the perfect ingredient.

Previous Post: « UK: One Man Assaults Another Over Pressure to Join Gay Scene
Next Post: As the World Turns to Get First Teenage Gay Kiss »