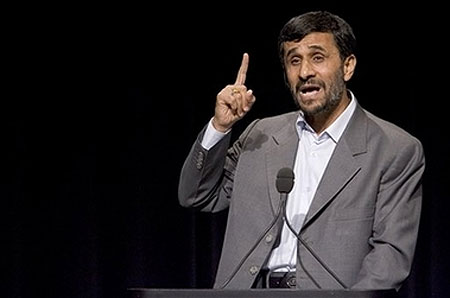 Ahmadinejad was asked a question about gay executions in Iran, which he attempted to avoid by referring to the death penalty in the United States, ignoring the sexuality aspect of the question completely. Moderator Dean Coatsworth kept on him however, and received this answer:

Ahmadinejad was then booed by the audience.

Of course, perhaps what Ahmadinejad really meant to say is…we get rid of them.