Rapper Ja Rule is upset that Congress is set to hold hearings regarding the exploitation of women in hip-hop lyrics. He tells Complex magazine: 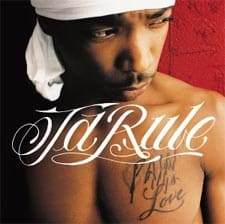 “They got my man Doug Morris under fire and sh-t, they got him going down to go speak to Congress about hip-hop lyrics, are you f–king serious? There’s a f–king black kid right now about to get 25 years for having a fight with some white kids over hanging the nooses over the white tree, let’s get to that. Let’s get into sh-t like that, because that’s what’s tearing up America, not me calling a woman a b–ch or a h-e on my rap songs. And if it is, then we need to go step to Paramount, and f–king MGM, and all of these other motherf–kers that’s making all of these movies and we need to go step to MTV and Viacom, and lets talk about all these f–king shows that they have on MTV that is promoting homosexuality, that my kids can’t watch this sh-t. Dating shows that’s showing two guys or two girls in mid-afternoon. Let’s talk about s–t like that! If that’s not f–king up America, I don’t know what is….There’s a lot of issues we can address besides hip-hop, but they want to put everything on us like we’re the problem. This is going to be a shameless f–king plug, but I said, ‘when everyone wants to point the finger, and ask why there’s so much corruption, they only need to look in the mirror.’ It starts with themselves.”

Perhaps Congress should add homophobia to its agenda.