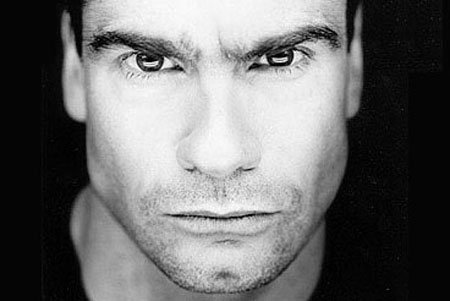 Former Black Flag frontman and talk show host Henry Rollins is touring the country with a spoken word show called “Provoked”. He spoke recently with the Cleveland Free Times about why he cares so much about gay rights. 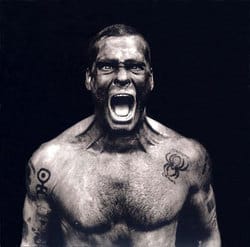 Said Rollins: “I think it’s really lame what’s going on with those that are gay and I’m not gay. I was raised around gay folks. I was raised in the DC area. There are a lot of gay people there. My mom had gay friends. I had gay bosses. I worked at a movie theater and got propositioned four times a weekend. It was like, ‘You like boys; nah, it’s not going to be me.’ I never wanted to kick some guy’s ass. Some guys are creeps. But when you see the kind of hatred exacted at these people who can’t help how they feel about men, it’s sad. What if it was weird to be straight? What if someone said, ‘What’s wrong with you?’ for staring at a woman? I think if Bill and Tom want to get married, they should be able to in America. If someone has a problem with that, go on your way.”

He also had a few words about Senator Larry Craig: “It’s really ironic but if someone is gay, he should be able to express himself and not eat hand grenades every day. He [Craig] is an older guy. Coming out was not an option for him. He had to be so suppressed and so he married a woman and procreated. It’s too bad that’s the life he had to live, and it’s especially weird if he voted for anti-gay legislation. If you put your hand under the men’s room stall, that’s not going to go quietly in the night. The hypocrisy is obvious in his case. I’m being easy on the guy and I shouldn’t because he’s an asshole.”

Previous Post: « T.R. Knight is GLAAD He Came Out
Next Post: Canadian Soldiers to be Sentenced for Amsterdam Gay Bashing »