STUDY: Gay men face major discrimination in the workplace: “‘It was surprising to see how consistent it was that gay men tended to be more discriminated against in traditionally heterosexual male dominated professions — blue collar, labor, and management too,’ researcher Bruce Elmslie, professor of economics at UNH, told Reuters. The study found that gay men who live together earn 23 percent less than married men, and 9 percent less than unmarried heterosexual men who live with a woman.” 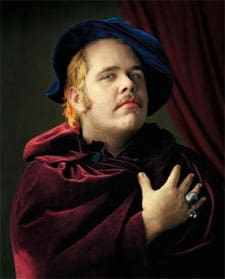 OUT begins naming names for this year’s Out 100.

Get your gay Dumbledore T-shirts here.

Shirley Maclaine says presidential candidate Dennis Kucinich had a UFO encounter on her property: “Dennis found his encounter extremely moving. The smell of roses drew him out to my balcony where, when he looked up, he saw a gigantic triangular craft, silent, and observing him. It hovered, soundless, for 10 minutes or so, and sped away with a speed he couldn’t comprehend. He said he felt a connection in his heart and heard directions in his mind.”

Is Rudy Giuliani protecting a Catholic priest who preyed on altar boys? “I know the man; I know who he is, so I support him. We give some of the worst people in our society the presumption of innocence and benefit of the doubt. And, of course, I’m going to give that to one of my closest friends.” 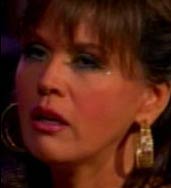 Cartoonist Gary Trudeau says that while writing his comic strip is no easier now than when he started, attitudes have certainly changed: “Now I can pretty much write about gay issues and not hear from anyone. Certainly popular culture has a role to play in destigmatizing.”

Island-continent of toxic plastic garbage floats between California and Hawaii: “Officially known as the Great Pacific Garbage Patch, until it can be taxed, U.S. officials will continue to ignore it. I heard of it once many years ago, but it apparently has been growing tenfold each decade since the 1950’s, and now consists of 80% plastic. It has also been called Gilligan’s Island, from the trashy TV sitcom that won’t go away.”

Preacher’s son talks to Wisconsin crowd about attending Liberty University and coming out as gay.