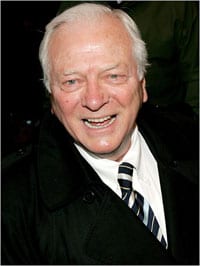 Noted Broadway actor George Grizzard dies at 79: George Grizzard, a versatile actor who achieved his greatest renown on the stage, playing everything from Shakespeare to Shaw, from Neil Simon to Edward Albee, died yesterday in Manhattan. He was 79 and lived in Manhattan. His death, at New York-Presbyterian Hospital/Weill Cornell Medical Center, was caused by complications of lung cancer, said his partner, William Tynan, who is Mr. Grizzard’s only survivor.”

Republican state Senator Jeannemarie Devolites Davis and Democratic challenger J. Chapman Petersen battle for the gay vote in Virginia: “Davis is fighting for her political life against what all agree is an overwhelming Democratic advantage. As a result, her race with Petersen at times looks more like a nomination fight between progressive Democrats than a Virginia general election. Davis talks often of her support for greater gun restrictions and increased transportation funding. And in front of some audiences, she talks about her belief in gay rights.” 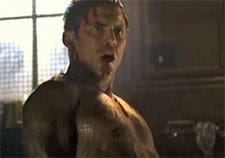 More Milo all tied up.

Pianist Marc Peloquin premieres work based on gay sadomasochism: “Its rigor, its rugged insistence and its almost painful pianistic difficulties bring to my mind the intensity of the S-M experience.”

University of Utah Pride Week images censored by school in agreement with the Lesbian Gay Bisexual Transgender Resource Center for being overtly sexual.

A group of San Diego clergy protest at City Hall over the city’s support for overturning same-sex marriage ban: “The group was led by Bishop Roy Dixon from Faith Chapel Church of God in Christ, Pastor Timothy Winters of the Bayview Baptist Church and Bishop George McKinney of St. Stephen’s Church of God in Christ. They touted the 2000 passage of California’s Proposition 22, which defined marriage as between a man and a woman only.” 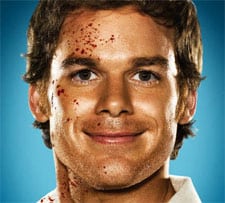 Michael C. Hall’s Dexter returns for second season with record-breaking ratings: “Showtime’s ‘Dexter’ returned with a vengeance Sunday, becoming the cabler’s first series to score more than 1 million viewers with a premiere seg. Skein’s second-season opener snagged 1.09 million eyeballs at 9 p.m., a whopping 67% above the serial killer drama’s 2006 series premiere. More impressively, seg was up nearly 40% over the show’s 2006 season average of 624,000 viewers, according to Nielsen data.” Dexter is great. If you have a chance to watch it, do.

Britney Spears is not a Chris Crocker fan: “She thinks he’s creepy and that all his videos are an obvious attempt at fame. She finds it insulting and difficult to watch.”

Ubisoft, makers of a Scrabble game for the Nintendo DS, has apologized after some users became offended that the game contained the word “lesbo” as an allowable word choice: “In the game there is a ‘junior’ version that omits offensive words, but lesbo is not considered an offensive word in the Scrabble dictionary. Ubisoft merely apologized if offense was caused, they are not pulling the game.”

Finding a letter from Joan Crawford in the trash.

Previous Post: « Jai Rodriguez Makes a Play for the Lips of Mario Lopez
Next Post: Towleroad Guide to the Tube #181 »