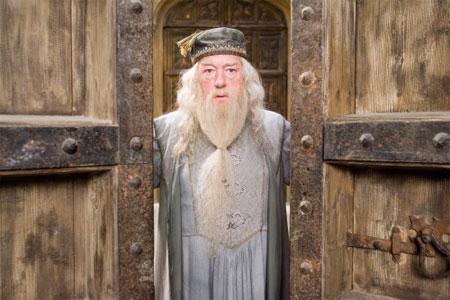 Bill O’Reilly spoke with Dennis Miller last night about the J.K. Rowling outing of Albus Dumbledore, the day after he labeled her a “provocateur” and criticized her for “indoctrinating” children, Think Progress reports:

O’REILLY: Here’s — you can talk about this on your radio show tomorrow. There are millions of Americans who feel that the media and the educational system is trying to indoctrinate their children to a certain way of life, and that includes parity for homosexuals with heterosexuals. And that’s what this Rowling thing is all about, because she sells so many books. So many kids read it, that she comes out and says, “Oh, Dumbledore is gay, and that’s great.” And this — it’s another in the indoctrination thing. That’s what the belief system is among some Americans.

MILLER: I’ll be honest with you. I don’t think you can indoctrinate a kid into being gay. You might indoctrinate him into trying it once and him going, “I guess I’m not gay.”

O’REILLY: No, but tolerance. It’s — you know, he’s not going to be gay, but it’s tolerance of it.

Mark Harris, writing in Entertainment Weekly, talks about the importance of Rowling’s announcement, and directs sharp criticism at those who say it’s wrong to have unveiled the news in front of children: “In addition to the braying of hatemongers, there’s already been some umbrage taken at the appropriateness of Rowling’s decision to uncork this news in front of children, a brand of sanctimony for which I have no patience. At least one out of 25 of those children will eventually self-identify as homosexual. The other 24, having made their way through an epic series that includes multiple murders, demonic possession, and the psychic toll of having mentally ill parents, will, I imagine, be able to handle the bulletin that some people are gay, and will likely benefit from the richer understanding of the world that such knowledge provides.”