Fashion designer and towel-snapper Tom Ford‘s film career may not yet be over after all. 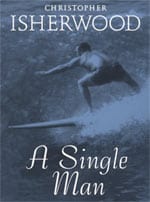 WWD reports: “Word is that Ford has set his eyes on directing the movie adaptation of Christopher Isherwood’s 1964 novel, A Single Man

. Few details could be learned, and his spokeswoman did not return calls for comment, but the book depicts a day in the life of a gay man in Los Angeles — a notion that Hollywood resident Ford should be all too familiar with. Ford launched his namesake men’s bespoke business earlier this year, but has made no secret of his ambitions to break into the movie game since leaving Gucci Group in 2004.”

No doubt Ford will insert himself into the film in his own Hitchcock-style cameo.