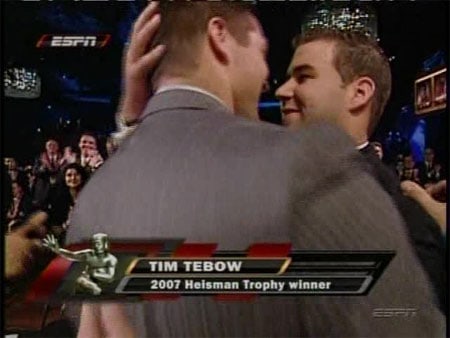 While I missed the Heisman ceremony on the 8th, I recently was sent a couple shots of winner Tim Tebow (the first-ever sophomore to win) and contender Chase Daniel frozen in a close encounter by some clever screencapper shortly after the announcement. Did Tebow repeat his Tony Joiner sideline smooch? 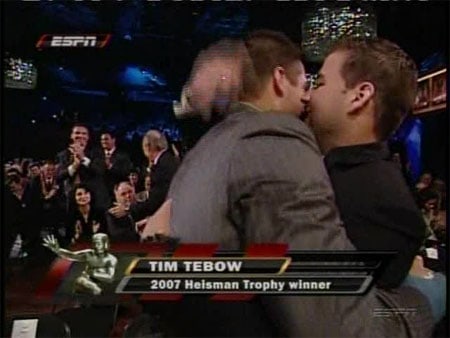 Close, but alas, no cigar.

Previous Post: « Janice Dickinson and Her Go Softwear Harem
Next Post: On the Stage: Doris to Darlene and The Homecoming »