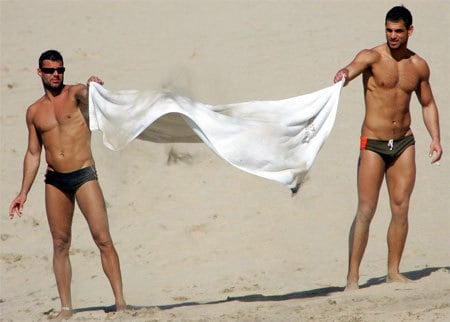 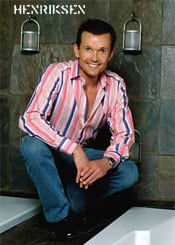 In an interview with E’s Ted Casablanca, Henriksen perhaps broke the client confidentiality rule when asked who he’d take on a romantic getaway (aside from his partner).

Additional remarks were published by a Swedish media outlet, which quoted Henriksen as saying (loose translation): “[Ricky Martin] is a little more open about it these days than he used to be…I don’t know if he has a boyfriend.”

Ricky Martin spoke out on the issue of closeted celebrities following Mexican pop star Christian Chavez’ disclosure that he was gay earlier of this year.

At that time, Martin said: “Life is too short to live closed up, guarding what you say. [Christian] has to be free in many aspects. I wish him much strength.”

You may have missed…
Ricky Martin Wants Some Little Rickys, But with Whom? [tr]
Mario Testino Moving in Next to Ricky Martin in NYC [tr]
Ricky Martin’s Puerto Rican Parade: It’s Good to be King [tr]
Christian Chavez on Coming Out: “I Felt Free…” [tr]