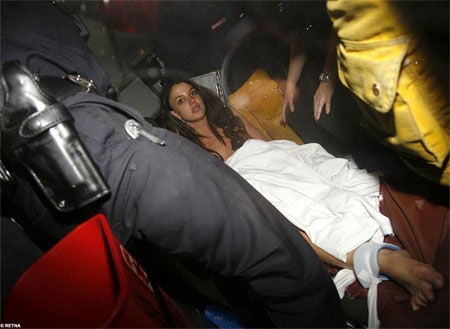 If you just woke up, some major drama went down in L.A. last night. Most of you know I really only blog about Britney in brief unless she’s beating an SUV with an umbrella or something.

Every rescue vehicle in Los Angeles descended upon the Spears residence last night as Britney refused to give up custody of one of her children to Kevin Federline, as ordered by the court.

A clearly dazed (intoxicated?) Spears was transferred to Cedars-Sinai Medical Center at 12:30 am for mental evaluation and drug testing and is under suicide watch. Her son Jayden reportedly arrived in a separate ambulance.

Video of Spears arriving at the hospital, AFTER THE JUMP. Good lord, it’s like the President has been shot or something.

TMZ reports that as Britney arrived at the hospital she still found time to flip off the paparazzi.

And she wonders why they want a piece of her? 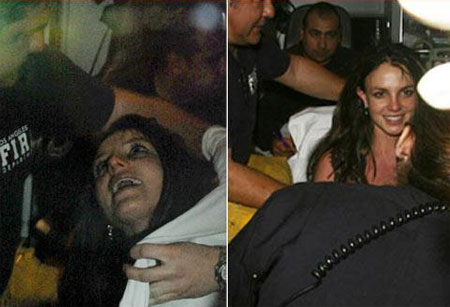