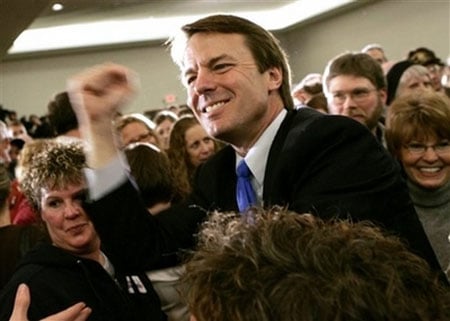 “Democrat John Edwards is exiting the presidential race Wednesday, ending a scrappy underdog bid in which he steered his rivals toward progressive ideals while grappling with family hardship that roused voter’s sympathies but never diverted his campaign, The Associated Press has learned. The two-time White House candidate notified a close circle of senior advisers that he planned to make the announcement at a 1 p.m. EST event in New Orleans that had been billed as a speech on poverty, according to two of his advisers. The decision came after Edwards lost the four states to hold nominating contests so far to rivals who stole the spotlight from the beginning—Hillary Rodham Clinton and Barack Obama.”

Who will he endorse?