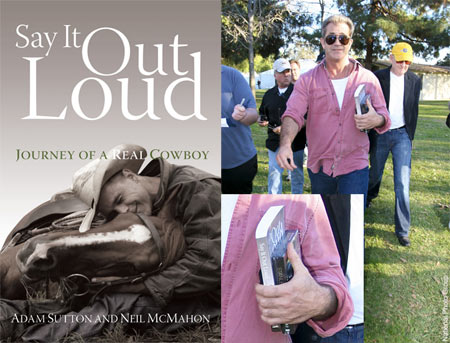 Sutton was a friend of Heath Ledger’s whose own coming out story made headlines in Australia following the revelation that Sutton was part of Ledger’s inspiration for the role. He’s since become a gay celeb in Australia, and last year led the Gay & Lesbian Mardi Gras parade down Oxford Street with Rupert Everett.

What Gibson was doing with his book is anyone’s guess.

Previous Post: « Clinton, Obama Spar in Heated South Carolina Debate
Next Post: The Other Side: A Queer History »