A new report out of New York City reveals a disturbing trend among men under 30 fueled by several factors – an optimism that AIDS is readily treatable, high rates of drug use, and a stigmatization young men feel about disclosing their HIV status. 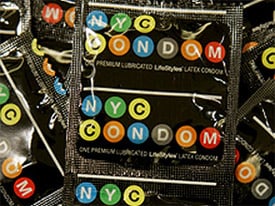 There’s at least one very clear reason for the disparity between age groups and infection. Said NYC health commissioner, Thomas R. Frieden: “People who grew up watching their friends die of AIDS are a lot more careful than those who didn’t.”

There’s also a sense of inevitability, according to outreach worker Lynonell Edmonds, particularly among blacks and Hispanics, because that community has been so hard hit. Said Edmonds: “A lot of guys say, ‘I’m going to get it anyway. I call it, ‘Don’t ask, don’t tell.’ People are not asking — it’s like it’s an offensive question.”