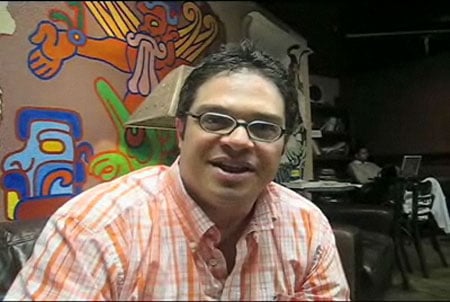 Uri Horesh, a University of Texas lecturer of Arabic in the Department of Middle Eastern Studies, has begun a hunger strike to protest the school’s policy of discrimination against same-sex domestic partners of employees. Although the school has a nondiscrimination policy which prohibits unlawful discrimination on the basis of sexual orientation, the university cites state law which forbids state institutions from recognizing same-sex unions, and says they would be breaking the law if they extended benefits to same-sex domestic partners. According to Horesh, however, “The university has a responsibility to be more progressive than the state.”

Horesh told the Austin American-Statesman: “The fact that the university is conducting itself in this manner makes me feel like I’m a persona non grata here, a person whose rights are less important than others. For some reason, some people in this state and others have a twisted view of what’s moral or what’s right. You can think whatever you want about same-sex partnerships, but to discriminate against someone because they’re gay, that to me is as immoral as discriminating against them because they’re black, deaf, blind…I’m not going to start eating until this matter is resolved or I’m taken to the hospital. Whatever happens first.”