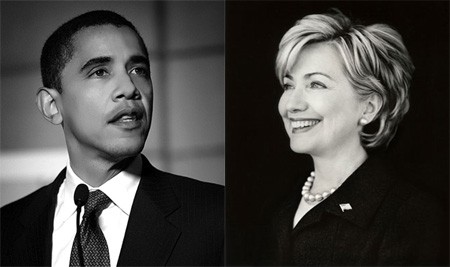 Hillary Clinton released a message to LGBT Americans on OurChart.com: “Let me tell you what I have been telling voters across America. I am fully committed to the fair and equal treatment of LGBT Americans. For seven long years, the Bush Administration has tried to divide us – only seeing people who matter to them. It’s been a government of the few, by the few, and for the few. And no community has been more invisible to this administration than the LGBT community. I will change that…”

Barack Obama released a list of 28 prominent former LGBT supporters of John Edwards now behind the Obama campaign, led by former Edwards political advisor Eric Stern and political strategist and fundraiser David Mixner. Said Stern, “It became clear to me personally that our committee had a vision for the role of the LGBT community that was similar to the role that LGBT supporters were already playing in the Obama campaign. It, like the Edwards Campaign, is a pure grassroots, activist-oriented operation…and it’s clear that we will play a similar role in the Obama campaign.”

The latest polls are showing a very tight race…

A Message to LGBT Americans: “I Want to be Your President” [ourchart]
Prominent LGBT Supporters of Senator Edwards Announce Support for Obama [obama 08]