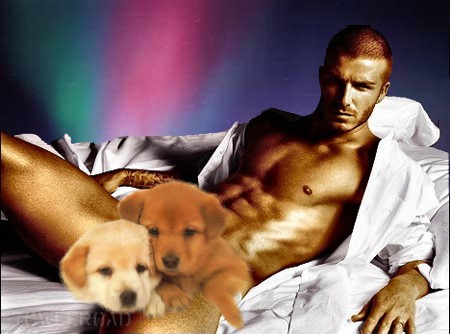 At least after he visits the tanning salon:

“David and Victoria Beckham have been spotted fake-baking at the Sunstyle tanning salon in West Hollywood, which prides itself on being ‘paparazzi-free’ – but thankfully for us, not spy-free. A witness told The Post’s Don Kaplan the LA Galaxy midfielder tried to slip discreetly out of a booth smelling of ‘lavender, puppies and rainbows . . . The beds have got some sort of nozzle that sprays you with a scent so you don’t leave the booth smelling like charred flesh.'”

Previous Post: « In Grand Central Station, a Brief Wrinkle in Time
Next Post: Towleroad Guide to the Tube #238 »