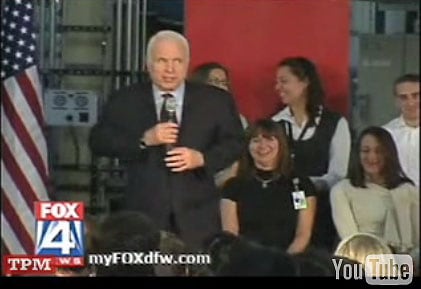 In a slip-up likely to provide plenty of fodder for conservatives who believe he’s too far left, John McCain began telling a crowd at a town hall meeting in Richardson, Texas on Thursday, that he is a “liberal Republican.”

He quickly caught himself. Watch the clip, AFTER THE JUMP…