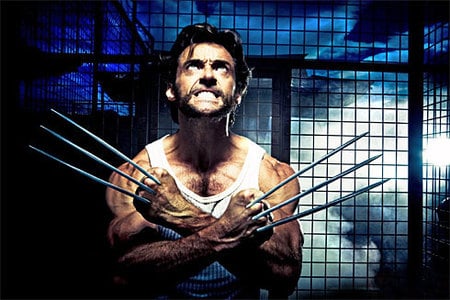 My, what big nails you have.

As I mentioned yesterday, the upcoming prequel to the X-Man story, Wolverine, features a look into the character’s pre-X-Men days.

Says Jackman: I know it seems odd given, you know, the guy is already half animal. But with all the success of the X-Men, you feel the pressure to keep pushing it further…I became a fan of Wolverine like everyone else. That’s why I keep holding on to the character. I think one of the reasons the X-Men took off is that it connected in a way nobody saw. They’re mutants with powers. But they’re also outcasts for being, and everyone connects with that on some level. And who wouldn’t want the power to get back at the people who ostracized you?”