New Republic editor James Kirchik questions legacy of National Gay & Lesbian Task Force’s outgoing executive director Matt Foreman: “He was an outspoken opponent of the war in Iraq. He fought against privatizing Social Security. He stood foursquare against the erosion of abortion rights. But what any of these issues have to do with lobbying for gay rights — presumably Foreman’s job description — is beyond me. His job description, though, was the problem. Foreman, after all, is just a symptom of the larger problem with NGLTF: It’s a garden-variety liberal interest group posing as a gay rights organization.” 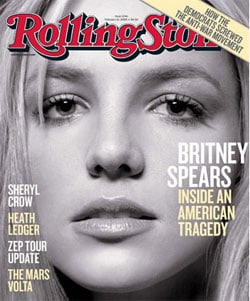 “100 Reverends” to march in Sydney’s Gay and Lesbian Mardi Gras parade to apologize for the church’s hostility to LGBT people, but not everyone’s happy about it: “Not everyone who is part of that approves of homosexual people, they’re just apologising for the way the church has behaved.We’re listed but we’re not going to be one of the main ones because that could be seen as too narrow.”

British Christian group lobbies against gays adopting children: “The decision to campaign against same sex adoptions comes after a city magistrate and CPA member, stood down over the issue. Andrew McClintock, 63, resigned from his position in the family courts after he was refused permission to opt out of cases that resulted in children being placed with same sex parents. Former city councillor Sid Cordle from CPA, said: ‘People in Sheffield have a right to say if they were tragically killed in an accident and their children had to be adopted, then their children should go to a father and a mother.'”

Gay ball marks the end of Brazil’s Carnival: “Thousands of onlookers gawked as men in glittering miniskirts, evening dresses, bead-studded lingerie and feathered headdresses shimmied down a wide avenue to the sounds of ABBA’s ‘Dancing Queen,’ for a party that would last until dawn Wednesday. After a week that saw everything from a scandal over a planned Holocaust-themed float — later nixed by a judge — to a samba queen’s quest to set a world record for the most plastic surgeries, revelers spent Carnival’s last hours dancing the samba behind street bands.”

Two Australian police officers may face prison after telling an inmate that his girlfriend was a transgender woman: “When he got out on bail he went around to her house and seriously assaulted her. Constables Tyrone Stacey and Brendan Ritson have pleaded not guilty to the charges. Back in September 2006 26 year old Jacobson was arrested under suspicion of theft. Constable Stacey looked up information on his girlfriend Brigitte Fell and discovered that her gender was actually male. Constable Ritson saw the screen and yelled out to Jacobson, ‘You’re rooting a bloke.’ When he refused to believe it the Police actually showed him written proof, saying, ‘See, it’s a guy.'” 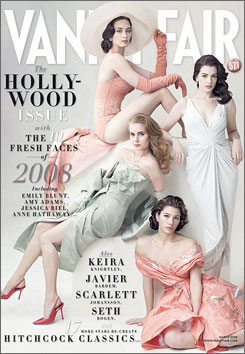 Time: Gay men self-medicating with experimental AIDS drugs. “‘There’s a philosophy in parts of the gay community that says its okay to take some risks in having sex,’ says Dr. Dan Bowers, a senior partner in Pacific Oaks Medical Group in Beverly Hills, Calif., one of the country’s largest private practices treating the HIV/AIDS community. Based on results of lab studies that suggest ARVs may confer some protective benefit when taken prior to virus exposure, some people have begun self-administering the drugs like a morning-after pill, in the hopes that the drugs’ pre-exposure prophylactic benefits may apply after unsafe sex too. The antiretroviral drug tenofovir, for example, which was used in the recent Texas study, is often packaged as a potent cocktail with Viagra and Ecstasy or Valium, and sold in dance clubs for $100.”

Amy Winehouse buzzes back to Rehab.

Log Cabin Republicans facilitate Laguna Beach resolution against anti-gay marriage amendment: “Working with the City Council, California Log Cabin Republicans helped secure a resolution at the city council meeting this evening reiterating it’s opposition to anti-marriage equality ballot measures. The vote was 5-0 in favor of the resolution and the position was to be conveyed to the California Supreme Court which is considering a lawsuit on marriage equality.”