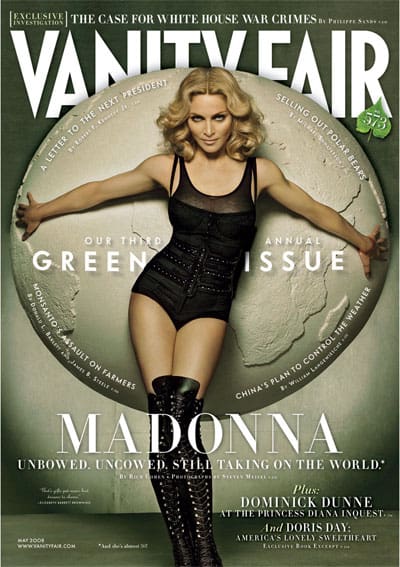 She called in to Z100 yesterday and said she wouldn’t be singing some of her past hits ever again unless she got a lot of it: “I’m not sure I can sing ‘Holiday’ or ‘Like A Virgin’ ever again. I just can’t – unless somebody paid me like $30 million or something. [Like if] some Russian guy wants me to come to the wedding he’s going to have to a 17-year-old, you know it.”

She also told the hosts why she administered a B-12 shot to Justin Timberlake’s hind quarters when they were recording Hard Candy:

“First of all, I’ve seen enough butt … The reason I gave him a B-12 [shot] is because we only had a certain amount of days in the studio and I didn’t want him to use that as a lame-ass excuse not to come to work. Okay? It’s got nothing to do with butt. I promise you. Listen, I don’t need to give him a shot to see his butt. Duh.”