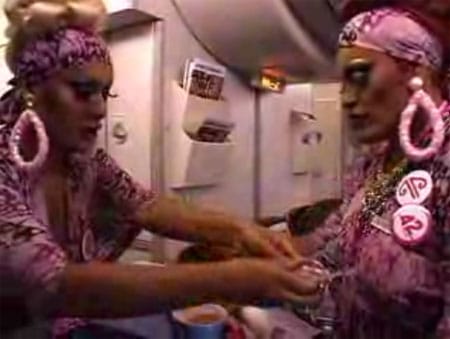 Yeah, I know. Sydney Mardi Gras is over and done. But I couldn’t resist posting this clip of the Pink Flight by LOGO’s Jason Bellini. Jason met up with a straight guy who somehow “didn’t know” he was getting on a special flight, but by the end was shirtless and wearing a pink boa in the aisle.

Previous Post: « Focus on the Family Spreading Misinformation on APA Gay Views
Next Post: Is There Anything Left for the Beckhams to Brand? »