Norway looks set to become the next nation to approve same-sex marriage as well as adoption if new legislation proposed today is adopted. 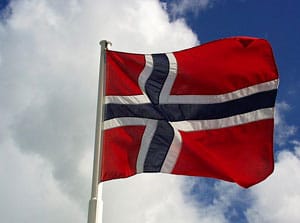 Agence France Presse reports: “According to the Norwegian news agency NTB, the draft bill will probably receive the support of parliament, where the government holds 97 of 169 seats, when it comes to permitting gay marriage and adoption. It was however less clear if parliament would back in vitro fertilisation for lesbians, NTB said…The law proposal was voted through at a cabinet meeting, but two centrist members of government expressed their opposition to making artificial insemination accessible to women living in lesbian relationships.”

Said Children and Equality minister Anniken Huitfeldt: “The lives of homosexual and of heterosexual couples are worth the same. The new law is not a weakening of the institution of marriage; rather it represents a strengthening. The value of marriage does not decrease because more people gain access to it.”

Gays should be allowed to wed, adopt: Norway [afp]