The ACLU has sent a letter to Memphis City Schools, demanding the school system implement new policies, reprimand principal Daphne Beasley of Hollis F. Price Middle College High School in South Memphis, and compensate and apologize to two students whom Beasley outed in a public posted list which the ACLU says violated the students’ constitutional rights to equal protection, freedom of expression and association, due process and privacy. 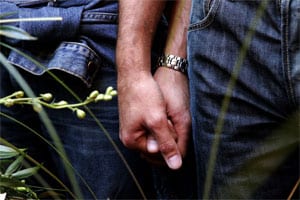 “The ACLU says in September 2007, Beasley asked her staff to give her the names of students who were couples, heterosexual and homosexual, because she wanted to keep an eye on them to cut down on public displays of affection. She’s accused of publicly posting the names of those students, including two boys, Andrew and Nicholas, who had just started dating. The ACLU says that in doing so, Beasley revealed their relationship to other students, teachers and even their parents.”

As a result of Beasley’s actions, the gay students have been the target of verbal harassment and even discrimination from teachers:

“One of the young men, Nicholas, an 11th grader who just made the Dean’s List, spoke with Eyewitness News Everywhere. ‘It was actually frightening,’ he says, ‘to see a list with my name on it where not just other teachers could see but students as well.’ Nicholas says his teachers and other students treat him differently as a result of Principal Beasley’s decision and that he and Andrew have both had to deal with verbal assaults. Nicholas was also not allowed to go on a trip to New Orleans to help rebuild homes because, as one of his teacher’s explained, he would ’embarrass’ the school by engaging in gay affection. ‘I really feel that my personal privacy was invaded,’ Nicholas says. ‘I mean, Principal Beasley called my mother and outed me to my mother!'”

Said Hedy Weinberg, Executive Director at the ACLU of Tennessee: “The principal’s outing of these two students to their families, classmates, and teachers is unacceptable. Its only purpose was to intimidate not only these students but all gay students at Hollis Price. Educators should be focused on educating their students and not on harassing them because of their sexual orientation or the people with whom they associate.”