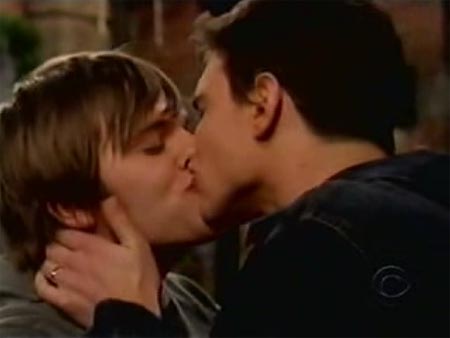 As the World Turns‘ Luke and Noah fans were pleasantly surprised yesterday when their seven-month wait for a kiss between the characters came to an end.

Earlier this month, CBS execs denied their strategy for the characters was homophobic. Said daytime chief Barbara Bloom, “The only thing you’re going to get out of me is that the pacing is slower with Luke and Noah than it is with other romances on ATWT. But that’s good storytelling. We’re in the business of getting people to watch more.”

Which makes the lack of promotion for the kiss all the more surprsing. Normally, a scene like this would have been teased relentlessly but producers apparently decided on an ambush this time. Surprise!