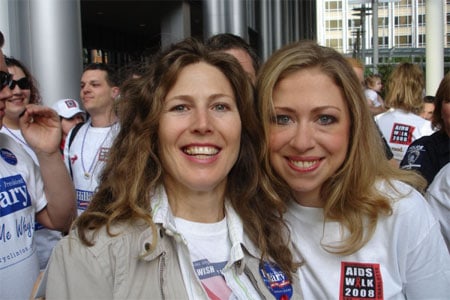 Barring any unforeseen changes in the Clinton campaign schedule, it looks as if Chelsea will be continuing the gay bar crawl she began at Portland’s Red Dress Party and extended to Center City in Philadelphia when she returns to Portland before Oregon’s primary.

Williamette Week‘s Byron Beck reports: “Just got word there is a very strong possibility that my new friend Chelsea Clinton is heading back to Portland for a very special appearance on Tuesday, May 13. Chelsea will be collecting ballots alongside out and very proud recording artist Sophie B. Hawkins.”