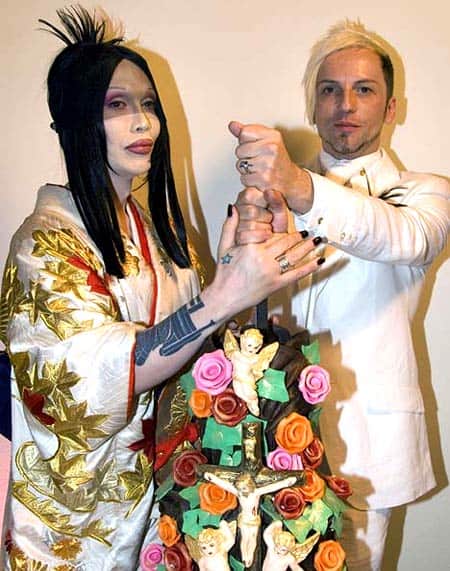 Former Dead or Alive singer Pete Burns has split with his partner Michael Simpson 10 months after entering into a civil partnership, and he’s bitter, very bitter. 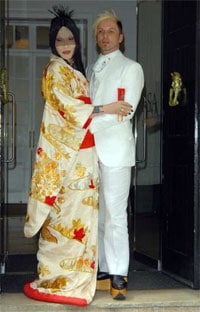 Burns slams gay relationships and civil partnerships to The Daily Mail, lamenting that heterosexual marriages are more genuine and longing for his former wife of 28 years, stylist Lynne Corlett.

According to the Mail, “he had been ‘optimistic’ about his civil partnership, but now he says: ‘I learned the hard way. It’s a total joke.’ Burns accused Simpson, 40, of being unfaithful and admitted he felt disillusioned. Burns added that some gay couples had ‘open marriages’ where the partners could be unfaithful. He said: ‘There’s a lot of promiscuity in the gay community. I don’t understand why they take that union. How low is their self-esteem? One’s on Hampstead Heath meeting men, the other one’s hiring rent boys. ‘Surely marriage is throwing anchor and saying, ‘This is where I’m staying, I’ve made my choice and this is all I want because I’ve been on the up and down escalator, through the revolving door and I want to stand still.’ That’s what I expected.”

Added Burns: “I view marriage as a sacred institution. I think two men naturally are predators. Gay relationships are a commercial break, not a whole movie. The relationships I’m aware of, apart from one … it’s as though there’s some kind of emotional inadequacy or narcissism, where they feel emotionally inadequate and need more validation, from either a father figure or a mirror image of themselves. “I’m not condemning it, I think it needs researching and help…Would I get married again? If somebody knocked me on the head with a nine-inch nail-studded plank or drugged me with benzodiazepine … No, no, no.”